A narrative approach to the subject area of the portrait connects five artists with different backgrounds of life and work. The artists devote a work cycle to the experiment “protrait”. Thus they connect the act of self-survival and ironically comment the still existing cult of the artist as genius. “Protrait” deals with the glorification of the game in the creation of the icon – the portrait, with the survival of this image and the unclear fate in any distant future and trying to make this an intersubjectively playful statement. There are only given some outlines, these are the size of the screen (1×1 m) and the coincidence of draw by drawing the name of the artist who is then to be portrayed by other specified artist. The request is to show these pictures from now on untill in 500 years, again in the temple, together with the video. Thereby the effect is that the durability of the medium and its inherent option do matter, because no other medium offers this. Digital, print, photos, film, and music are fitted into the needs ofeach present society, but in future times the possibility to decipher these codes is determined unreadable, or they can not withstand and survive the time long, but the protrait resists this picturesque now. 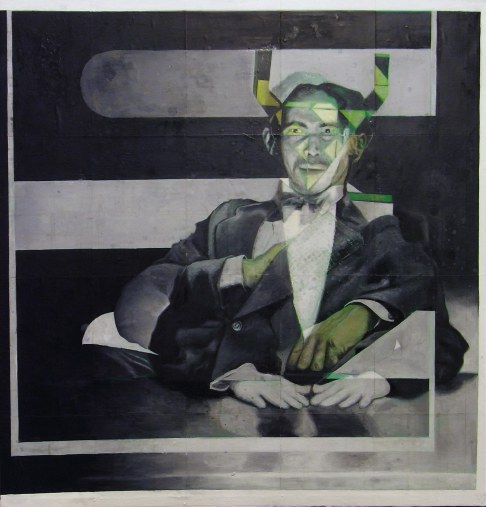 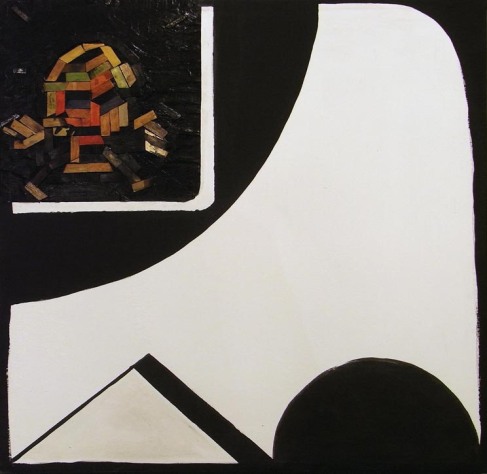 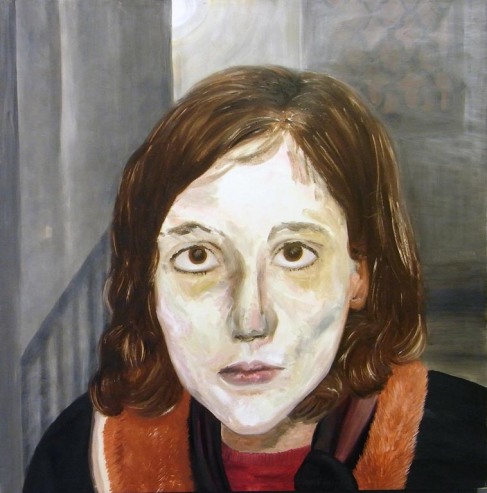 As a counterpoint to the idea of the White Cube these Images are prescribed by the participating artists to the Pentagonale „Temple“ which is located in the center of the exhibition space and facilitated by intervening columns, allowing the observer at first glance just to perceive the artwork partially. The “Temple” itself is a construction of five en face standing walls, so that the portrait and the portrayed “look” and a visual discourse between the five screens arises. 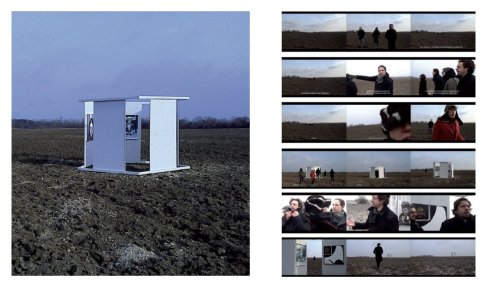 Screenshots from the video

This experiment is playing with half a millennium, in a sense, circling thoughts about science fiction, gallery of ancestors and genealogies, but this is the just the unclear fate, unpredictability morning, an afternoon in 500 years if the circle is closed, and we all farewell.